About the Flying Piston Benefit Charity

What’s it all about? And where’d those tiny custom bikes come from?

It started out as a short story, but it’s getting to be a long one. See, my friend Jeff Najar gently badgered me over several years to start a charity event with him. He wanted to do something related to motorcycling that would resonate with veteran’s groups and encourage new blood in the industry. I admit it, I resisted the idea. I was busy and just couldn’t get my head around another project. 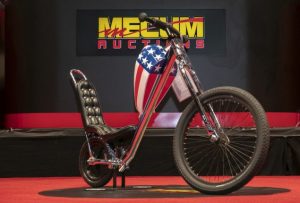 About the Flying Piston Benefit

Then I remembered the builder breakfasts I’d helped Darcy Betlach within Daytona and Sturgis years before. They were gatherings of custom builders that created a fuss and netted funds for organizations like Make-A-Wish and Bruce Rossmeyer’s Boggy Creek Gang Camp. And they were fun!

So in early 2014 Jeff and I started planning a Flying Piston Builders Breakfast in Sturgis. The Motorcycle As Art Exhibition at the Buffalo Chip, curated by Michael Lichter, was already solidly in place as part of the Rally framework. Why not, we thought, invite those builders to breakfast and encourage people to buy tickets for a celebrity-strewn meet & greet? When the Chip offered to host, we were on.

It started slowly, with “breakfast” more a euphemism than fact and attendance small. But each year since then we’ve garnered sponsors, companies have donated auction items, and the concept has solidified. Better still, we accumulated funds to give scholarships to aspiring mechanics and metal workers, and supported Krystal Hess’s Motorcycle Missions.

Kind input from Russ Brown Motorcycle Attorneys, Kirsh Helmets, Mustang, Kuryakyn, Steve’s Garage, Yelvington and other companies that sponsored became pivotal; breakfast offerings improved thanks to a volunteer chef and the silent auction featured upscale items like artwork, hard parts and shop tools. When Strider came on board to help in 2018, the whole event kicked into high gear.

See, Strider’s Ryan McFarland wanted to donate half a dozen bikes to the silent auction and we thought, that’s too many of any one thing. So instead, I thought, why not send those bikes to custom builders? And the Tiny Strider Custom Program began. 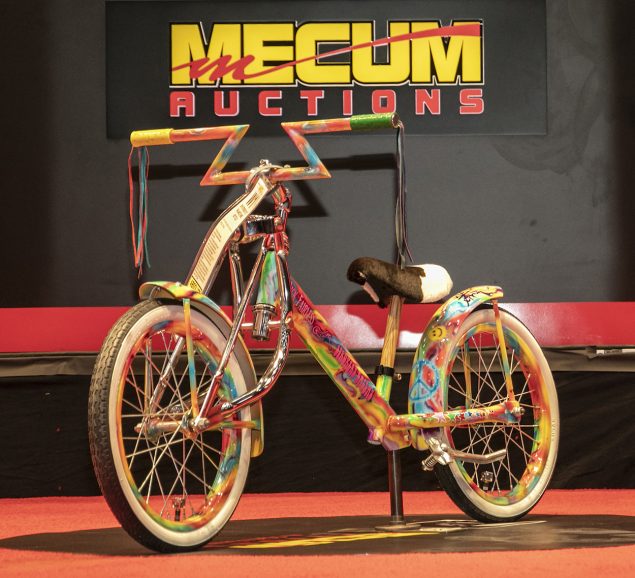 That first year, tiny 12” tall balance bikes were transformed by Rick Fairless, Paul Yaffe, Brian Fuller, Pat Patterson, Jody Perewitz and Kirk Taylor into little works of art. They rolled across the block at the prestigious Mecum Las Vegas auction in January 2019 and earned a nice bundle for Motorcycle Missions. In fact, they brought enough to sponsor 3 schools through All Kids Bikes – a program of the Strider Education Foundation that’s on a mission to teach every kid to ride a bike. We’re literally growing new riders.

In addition to Motorcycle Missions, Flying Piston Breakfast proceeds support AllKidsBike.org, a foundation that makes bike riding a part of the kindergarten curriculum in schools, with the goal to cover the nation.

The Builders Breakfast began organically, as many efforts. But the event has evolved, bringing a firm goal into focus: to bring more riders into motorcycling.

Where are the new motorcycle riders? Right now, they’re in kindergarten!

To get involved with the Flying Piston Benefit, click here to connect with us. 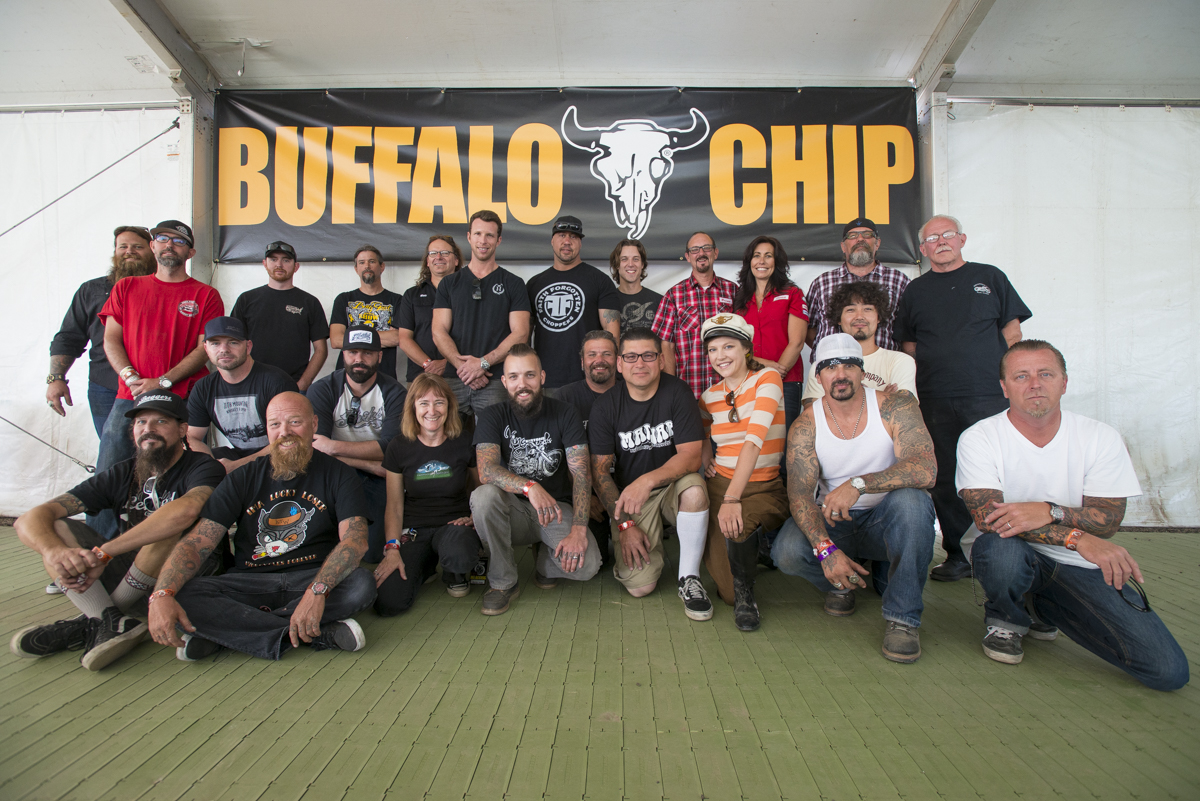 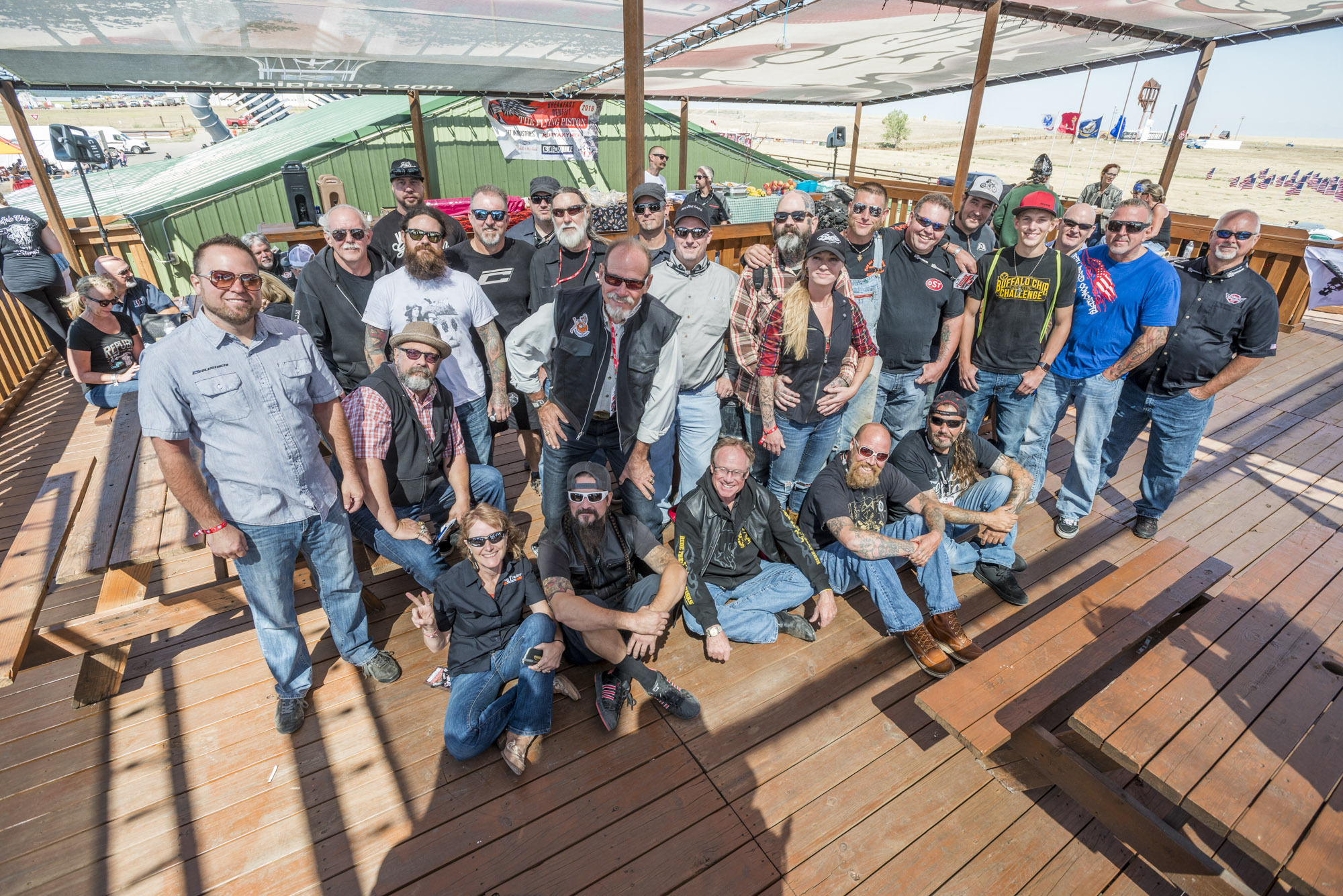 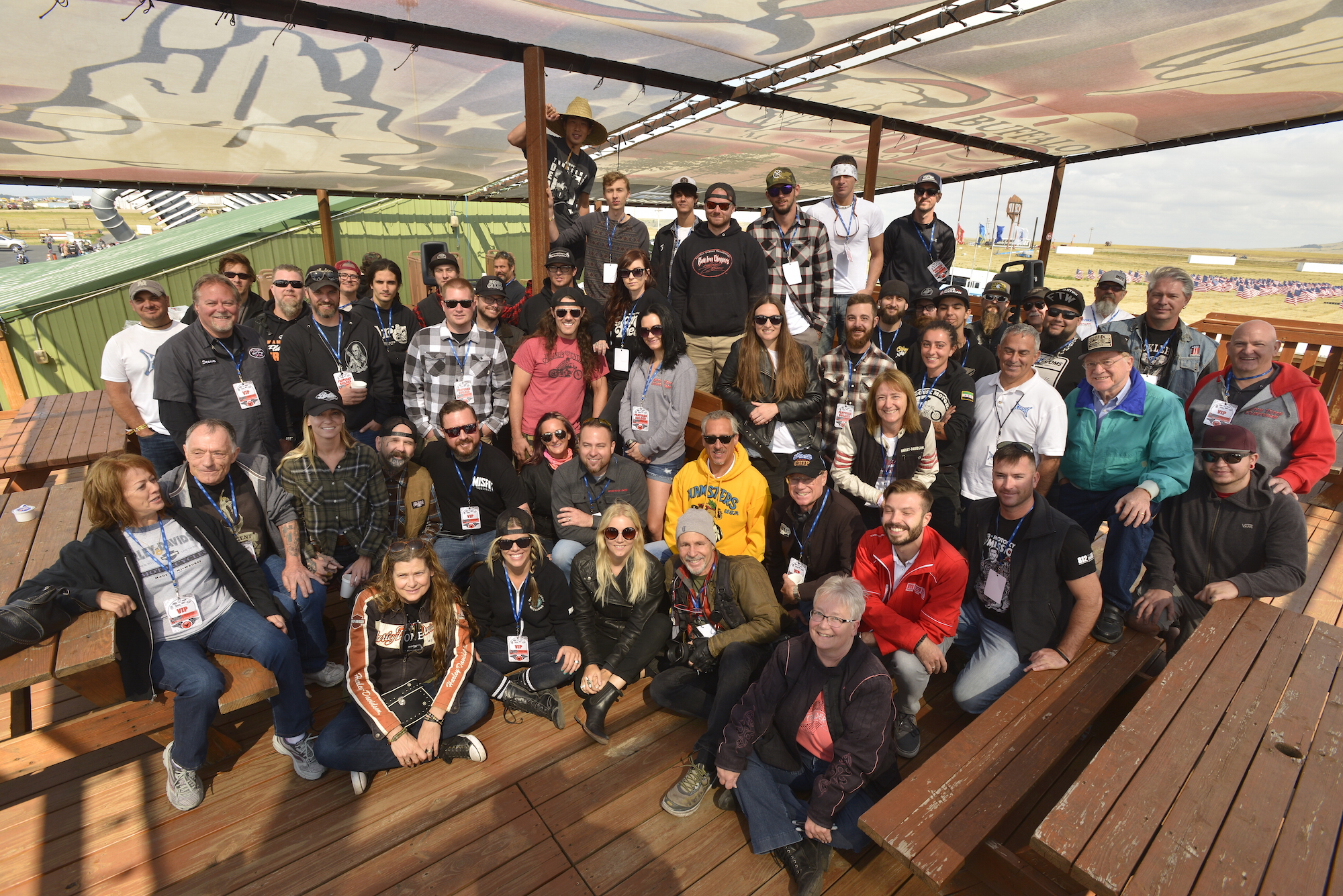 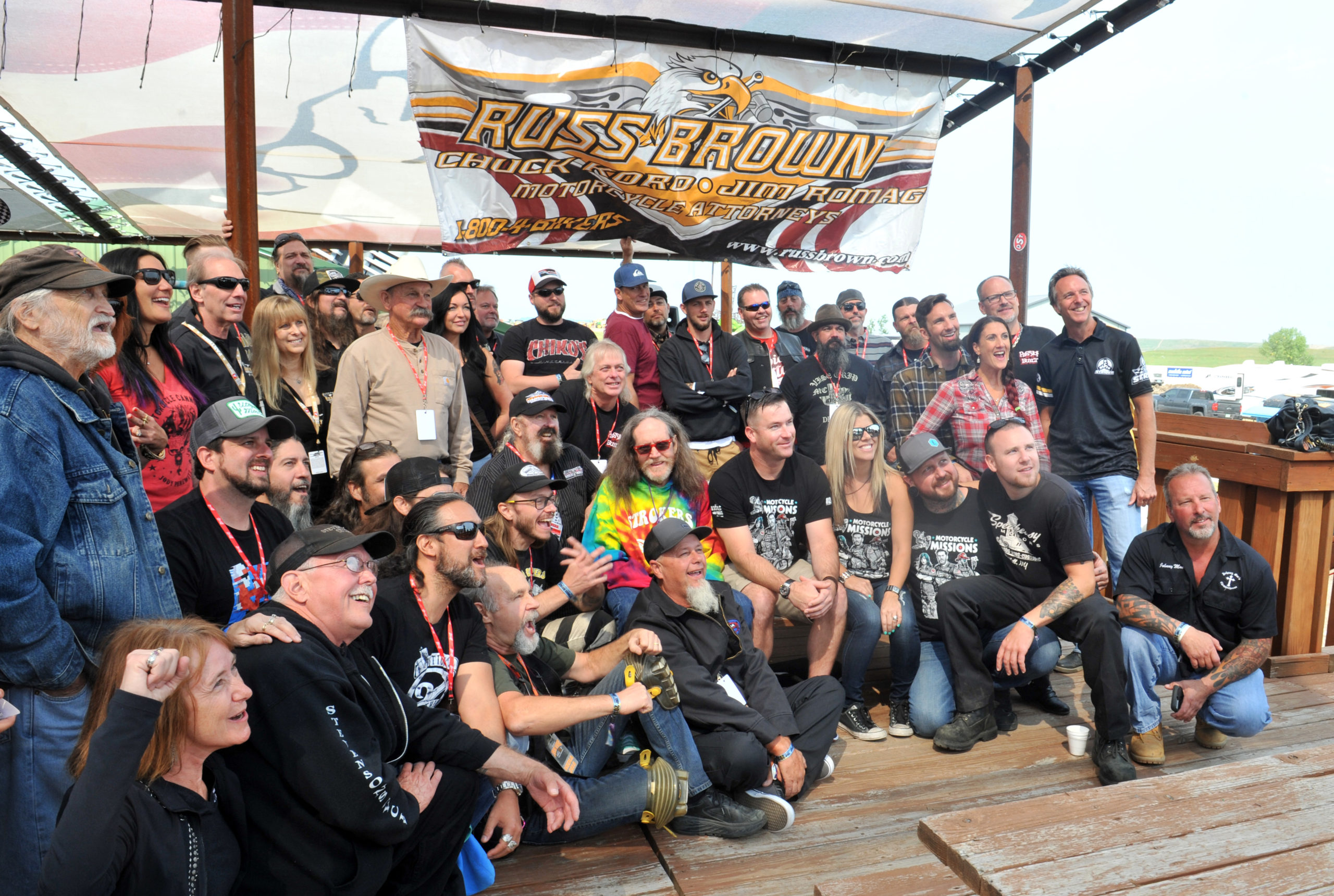 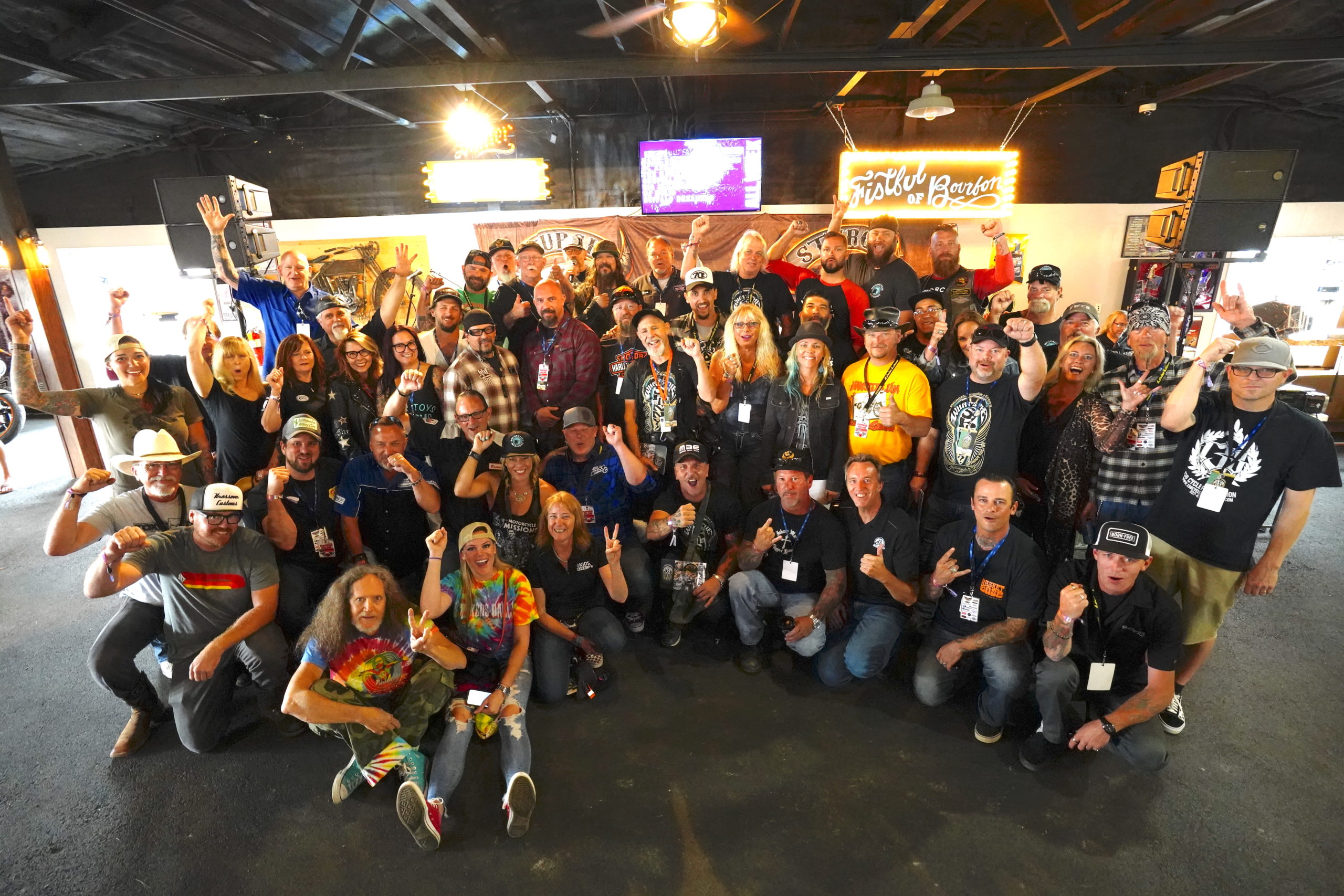 About The Sturgis Buffalo Chip: As the world’s first and leading Sturgis Rally destination, the Sturgis Buffalo Chip celebrates its 39th year as the Largest Music Festival in Motorcycling™. The Best Party Anywhere™, remains one of the world’s most televised and longest running independent music festivals with world-class concerts, outrageous events, patriotic celebrations and thrilling powersports events. Concerts are free with camping. www.BuffaloChip.com.

About Motorcycles as Art: Every year the Sturgis Buffalo Chip’s Motorcycles as Art exhibition presents a changing conceptual theme bringing together the most innovative, groundbreaking customs from today’s premier builders. Curated by photographer Michael Lichter, the free exhibit is open just seven days during the Sturgis Rally. www.buffalochip.com/EVENTS/Motorcycles-As-Art