Diva Amy lives by her mantra, “Anything worth doing … is worth OVER doing.” It especially applies to her beloved Custom Diva Glides she embellished with Swarovski Crystals one by one. She is a “long road lover,” preferring to ride the long distances, waking up in a different place every morning, exploring our great U.S. and Canada.

She comes from a world of sales, design, and merchandising…starting with the snow ski apparel business and moved forward entering the motorcycle world. She applied her mantra creating her own company, TEAM DIVA, creating custom designs in apparel and accessories, vending at motorcycle events from Daytona Beach to Hollister, CA. and points in between. Her embellished headwear is now sold on her ETSY store.

Paying her dues in the vending trenches led her to fundraising for many causes in the motorcycle world. Diva Amy has been working on the Biker Belles Charity Ride Team for many years, creating the Comfort Zone, working on the silent auction, and the retail area. She is the Biker Belles Ambassador and the Ride Captain of the event in 2021. “I am very proud to be a part of the Buffalo Chip Family Team,” she said. 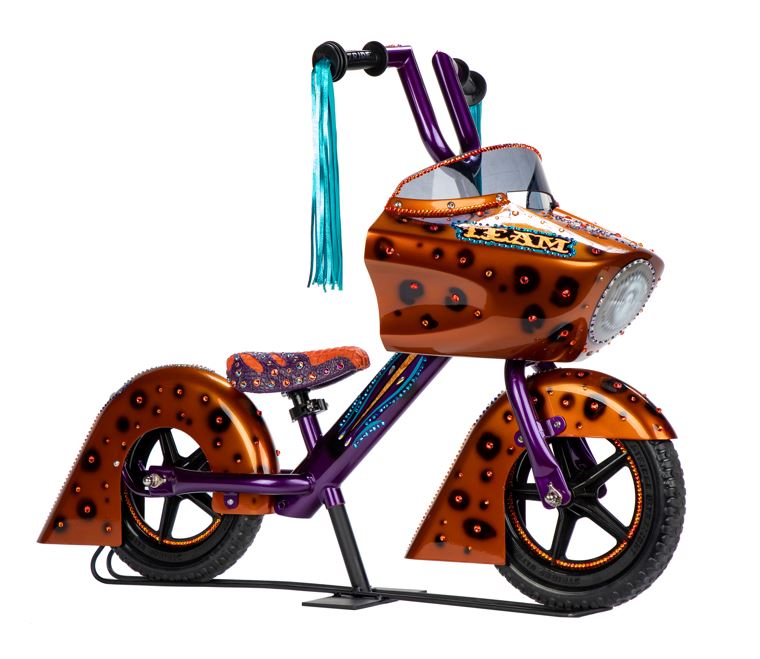 He got his first Indian at age 17. What sparked his interest in the Indian brand was when a man passed by him on a ‘41. Mike instantly fell in love with the lines and chased down the rider to learn more about his new dream machine. That interest led Mike to cross the pond in the early 1980’s ass he headed to American to seek his dream.

In the 1990’s, Mike showed up at the Davenport Swap in Iowa with the industry’s first illustrated catalog for Indian Motorcycle parts. He’s now manufacturing some 1500 different part numbers and building replica Indian engines made 100% with Kiwi Indian Motorcycle’s parts.

In the vintage motorcycle market, everyone knows that Kiwi Mike is the go-to guy for vintage Indian bikes, parts and – more importantly – knowledge. Kiwi Indian Motorcycles is located in Riverside, CA. 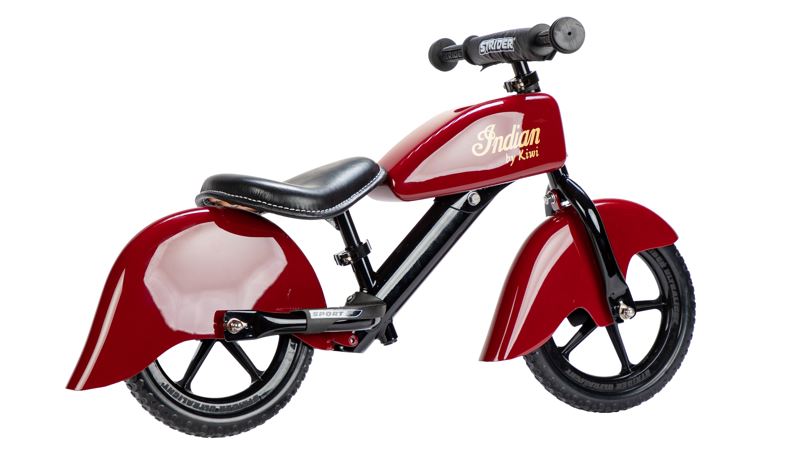 Everyone has heard of a Paughco Springer. And at Paughco, Inc. they make a lot of them; over 90 variations including stock and custom applications. For over 50 years, owner Ron Paugh and his team have manufactured custom, chopper-style, OEM, and obsolete Harley components. The American manufacturer is located near Carson City, Nevada.

For their Tiny Custom, Ron’s recent induction into the Sturgis Hall of Fame suggested a mini version of Paughco’s 50th Anniversary Chopster custom. And why not? Steve Massicotte, who headed up the Strider build, has been in motorcycling since 1980 and is Paughco’s head of product development R&D and marketing.

In addition to handling daily operations, Steve has encyclopedic knowledge and deep expertise in fitment, fabrication and manufacturing in the American V-Twin realm. He has spearheaded the company’s support of motorcycle industry initiatives that build new ridership and celebrate the iconic chopper, keeping Paughco as relevant today as the company has ever been.

Steve chose Rufino Romero, head man in the Springer department, to partner up with him to bring Ron’s idea for the Tiny Custom to life. Rufino has been with Paughco since 1993 making every Springer that Paughco has sold for over 25 years. Literally thousands of Springers.

Together Ron, Steve and Rufino decided to make a whole new Strider from the ground up featuring a cool miniature Paughco straight leg frame and several items pulled right out of company inventory then cut and welded to fit the little bike.

The Paughco custom showcases dozens of handmade parts, all of them developed from Paughco tooling right there in Carson City, NV, USA. 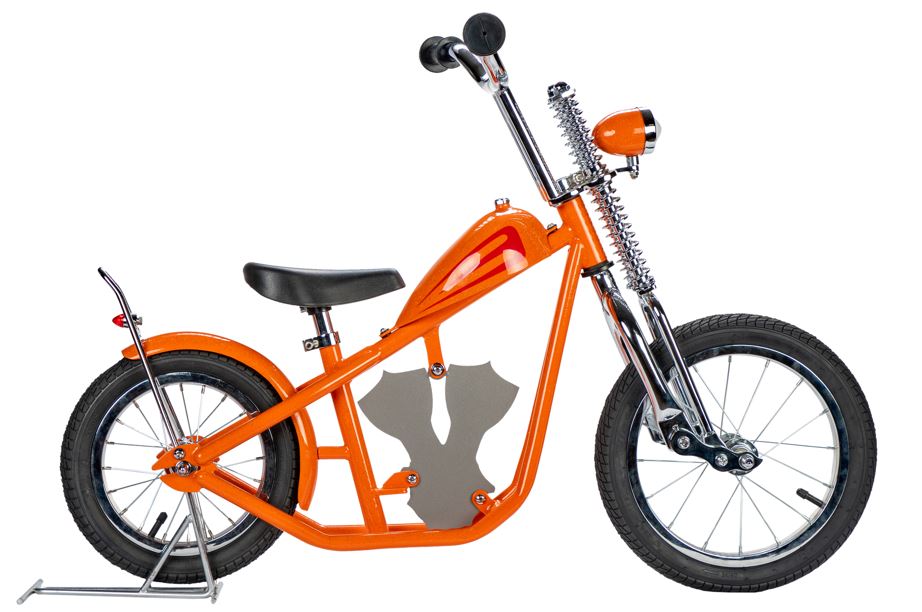 John Shope started in the 1980s as an artist and sculptor prior to entering the custom bike business. Like others before him, he purchased a bike and began creating new parts and cutting up the stock ones. Unlike others, John became known as “The Risk Taker,” unafraid to take chances in an effort to find the next great thing.
John Shope is the owner of Dirty Bird Concepts located in Pheonix, AZ. He’s the four-time winner of the Hot Bike Power Tour, has been featured in over 100 magazines, and was one of 4 featured builders in the History Channel’s reality television series “Biker Battleground Phoenix.”

Customizing this little bike presented John with a great opportunity to work with his two younger sons, Cash and Cooper, in the shop. Between the three of them they designed, cut, welded and twisted metal to result in the gem you see here. “They knew it was for charity and had fun being in the shop with me and learning,” said John.
The boys learned a thing or two and the dad enjoyed quality time with his sons. Not much better than that! 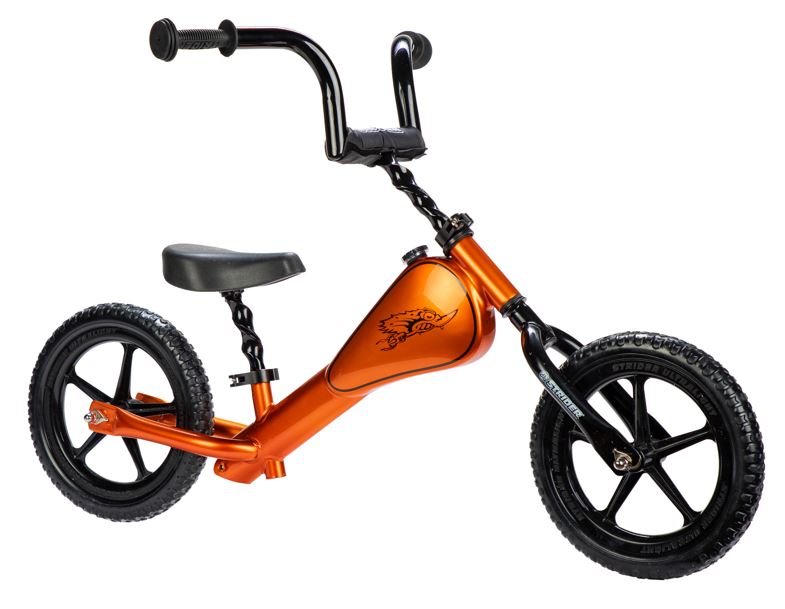 Builder Carl Pusser of Walkin’ Tall Cycles in East Peoria, IL, has been building and riding custom bikes close to 40 years. He feels fortunate to have had Arlen Ness, Ron Finch and other impactful customizers as inspiration over his career. Carl has won multiple awards and shows, and has been featured on magazine coverage worldwide.

“It has been a privilege and honor to have and been recognized as a top builder and a mentor to the up and coming guys,” he said. “I’m even more humbled by doing the little Strider.Custom along with my granddaughter Jocelyn. This has taught her patience and humble beginnings. Not everyone is as fortunate. It was done from the heart.”

Kirk Taylor’s L’il Cha Cha was among the very first class of Tiny Strider Customs. Like the other builders that year, Kirk took the leap of faith to invest his time and talents in an untested program. In business as Custom Design Studios Kirk drew inspiration for his Strider custom from the “First Lady of Drag Racing” Shirley Muldowney, nicknamed Cha Cha. And now, L’il Cha Cha is back in the fold for an encore performance.
L’il Cha Cha was purchased in 2019 by Mark and Mandy Halvorson when it rolled across the block at Mecum Las Vegas – and they have enjoyed it. Now, as they downsize, they want others to have that pleasure, along with raising more money for All Kids Bike – so they’ve donated it back to be auctioned with the 2021 class of Strider Customs.
Taylor opened Custom Design Studios in 1988 but he’s been around bikes since helping out in his dad’s machine shop as a kid. Blending his creative aesthetic with mechanical know-how has resulted in world-class customs shown around the globe, many with chopper and bobber styling cues. He’s done Cha Cha proud!
Taylor is pleased to see his tiny custom roll back for a repeat performance – and add support to new ridership. So welcome back, L’il Cha Cha – at least until the Mecum Auction in January 2022. And thank you Halvorsons for your generosity.

See All of Our 2021 Flying Piston Benefit Custom Strider Builders

We couldn’t do what we do without the support from the motorcycle community and our media partners. We appreciate the love!

Please visit us on our social media pages:

If you want to donate art or your time to support the Flying Piston Benefit and Builder Breakfast, connect with us. 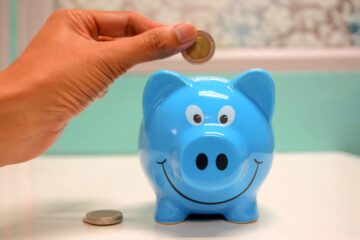 Women are Finding Sisterhood on 2 Wheels @ Buffalo Chip in Sturgis

Women are finding sisterhood on two wheels at the Buffalo Chip during the Sturgis Motorcycle Rally The rally may have started as a big boy’s club, but today, more women than ever are carving out Read more… 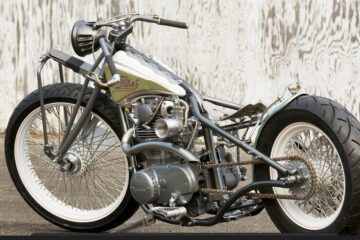