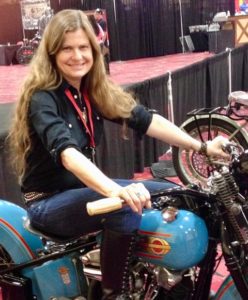 Cris has enjoyed a lifetime love affair with two wheels. An eager passenger on her stepfather’s motorcycle at age 9, she got her first motorcycle at 14, her first Harley at age 19 and has been riding ever since. She was a longtime member of the Women’s International Motorcycle Association and in 1984, co-founded the 2nd Chapter of Women in the Wind. In 1985 Cris co-founded the world’s first motorcycle magazine for women called Harley Women. For over 5 years she acted as co-publisher and editor, often riding her motorcycle across the country to find the stories. On one such ride in 1989 she met her husband-to-be, rocker and fellow motorcycle enthusiast, Doobie Brother Patrick Simmons at the Sturgis Rally.

For several years starting in the late 80’s Cris appeared in countless national newspaper articles, radio and television talk shows as a representative and advocate of the growing number of women who rode their own motorcycles. In 1988, she was awarded an Honorary Lifetime membership to Women in The Wind. Cris is a Lifetime AMA member, a Lifetime HOG member as well as a Motor Maid and a member of the Antique Motorcycle Club of America. In 1990, she was honored as a pioneering woman motorcyclist in the American Motorcycle Associations’ Women In Motorcycling exhibit. In 2017 she was appointed to the Board of Directors for the AMA Hall of Fame American Motorcycle Heritage Foundation. 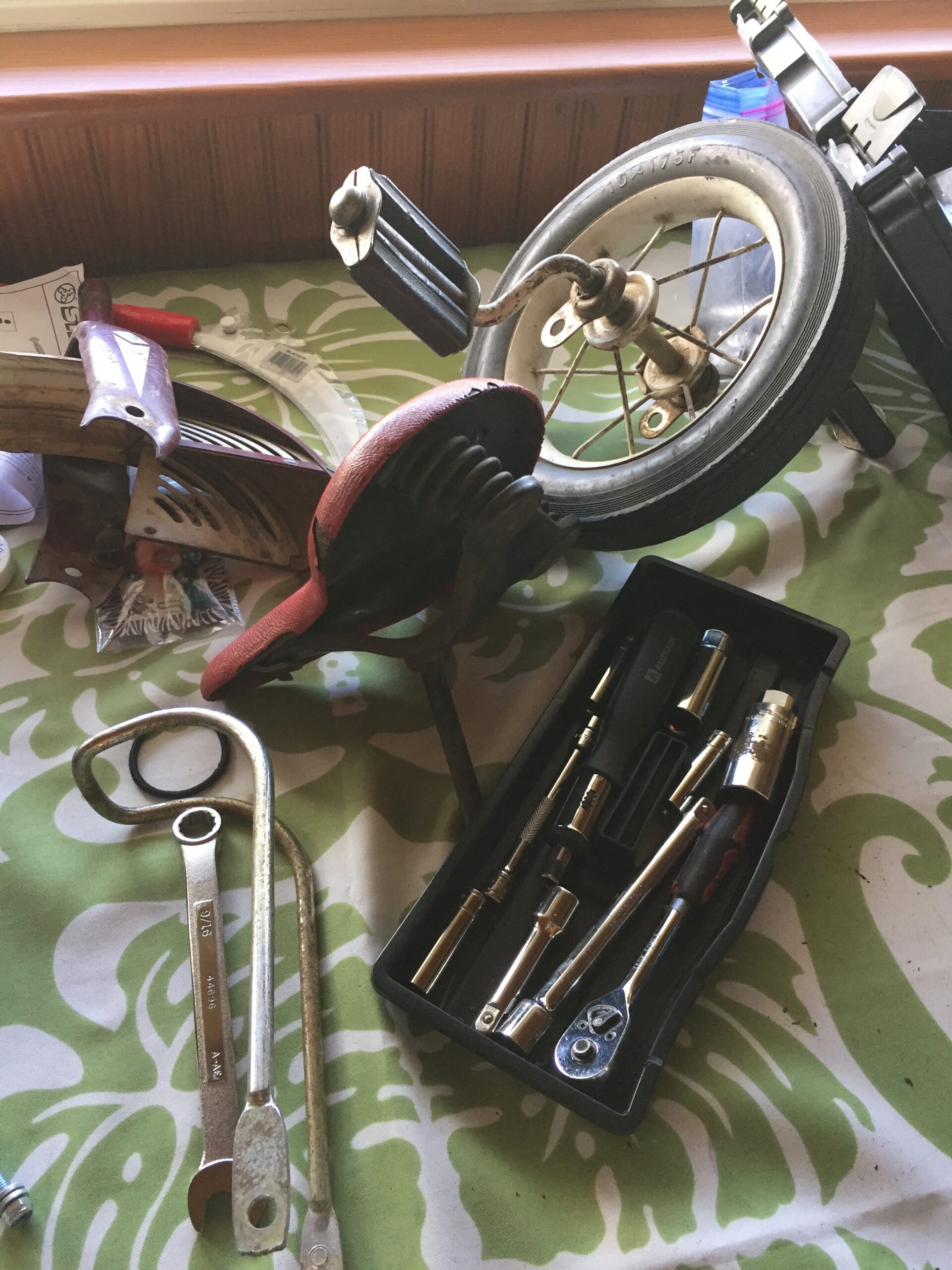 After selling her interest in Harley Women, Cris began a 15-year stint as a freelance motorcycle journalist, writing extensively for several magazines in the U.S., including American Iron, Motorcycle Collector, Iron Works, Easyriders, V-Twin, as well as magazines in Japan, Spain and in Australia. Cris penned her own column for over 12 years in the popular Japanese Harley magazine Hot Bike Japan and is currently the women’s editor for American Iron magazine. She is also a sought after speaker about women in motorcycling at events around the country.

In 1994, Cris wrote and self-published the award winning children’s motorcycle book Patrick Wants to Ride, for which she was honored with the AMA’s Brighter Image MVP Award. 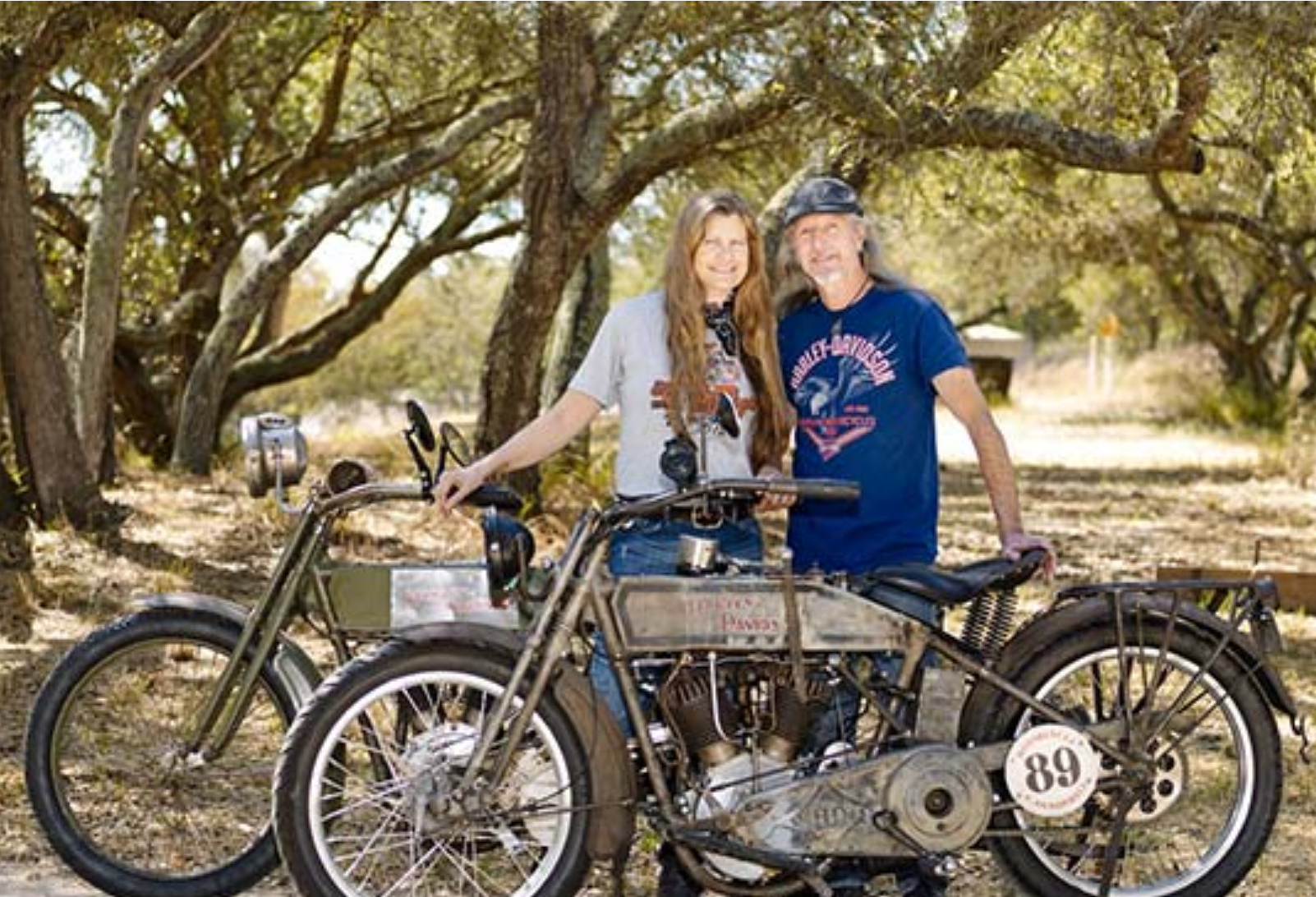 Then, in 1995, Cris was one of 4 women featured in an original documentary on women motorcyclists for Turner Broadcasting called Biker Women.

In July of 2009, she released the popular book ‘The American Motorcycle Girls 1900-1950” (which is still one of the top selling motorcycle history books.). Later that year Cycle Source Magazine named Cris the “Motorcycling Woman of the Year” for 2009.

In Sept. of 2010, Cris rode her 1915 Harley-Davidson, Effie, 3,200 miles in the pre-1916 motorcycle cross country Motorcycle Cannonball. The grueling 16-day endurance ride started in Kitty Hawk, NC and ended up in Santa Monica, CA. Out of the 45 riders entered, she was one of only two women registered, and the only American woman rider. She made it all the way to Santa Monica and took 20th place.

In March of 2011, Cris released The Cannonball Diary, a book about her journey riding Effie across the country.

In the Fall of 2013 Cris and her husband Pat rode their 1914 and 1915 Harley- Davidsons 1,000 miles from Sturgis, SD to Milwaukee, WI to celebrate the 110th Anniversary of Harley-Davidson.

Cris tackled the 2018 Motorcycle Cannonball, riding 3,400 miles from Portland, Maine to Portland, Oregon once again on Effie, making Effie one of only a handful of motorcycles to complete 3 Cannonball rides. (The fourth for Cris.)

In Sept. of 2019 Cris rode on the inaugural Cross Country Motorcycle Chase, open to 1930-1948 motorcycles. The 2,500 mile ride went North to South, Sault St Marie Michigan down to Key West Florida. Cris rode Buddy, her 1934 Harley-Davidson VLD. The difference between the Chase and the Cannonball is no outside help, support crews or chase trucks. You have to pack everything you need for the ride on your motorcycle. Cris came in 7th place out of 70 entrants, one of three women riders.