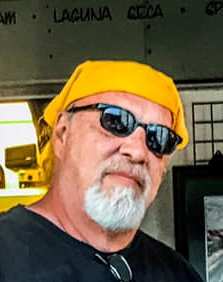 Eric Herrmann, one of the pioneers of Motorcycle Art, has been creating paintings of motorcycles and the biker lifestyle for over 30 years. He exhibits his artwork at all the major rallies and races across the country. His highly sought-after originals grace museums, galleries, and garages in more than 40 countries worldwide.

An avid rider on both the street and dirt, Eric has been on a motorcycle since he was twelve years old. Having won his first art contest in fourth grade and riding at an early age, painting and drawing motorcycles was a natural for Eric. 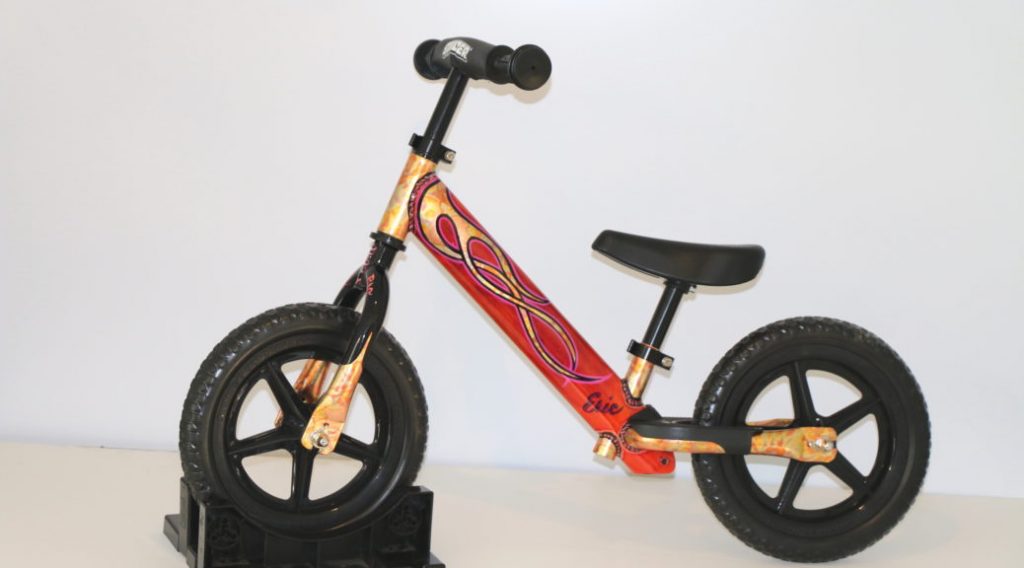 For the Flying Piston Benefit charities, this was nothing short of fabulous. Eric’s highly sought-after originals grace museums, galleries, and garages in more than 40 countries worldwide and his work is seen at all the major rallies and races. We were delighted – and grateful – to have Eric agree to use a tiny Strider bike as his canvas and the results are stunning. Multi-layered with distinctive hand work and variegated gold leaf, it’s truly one of a kind. 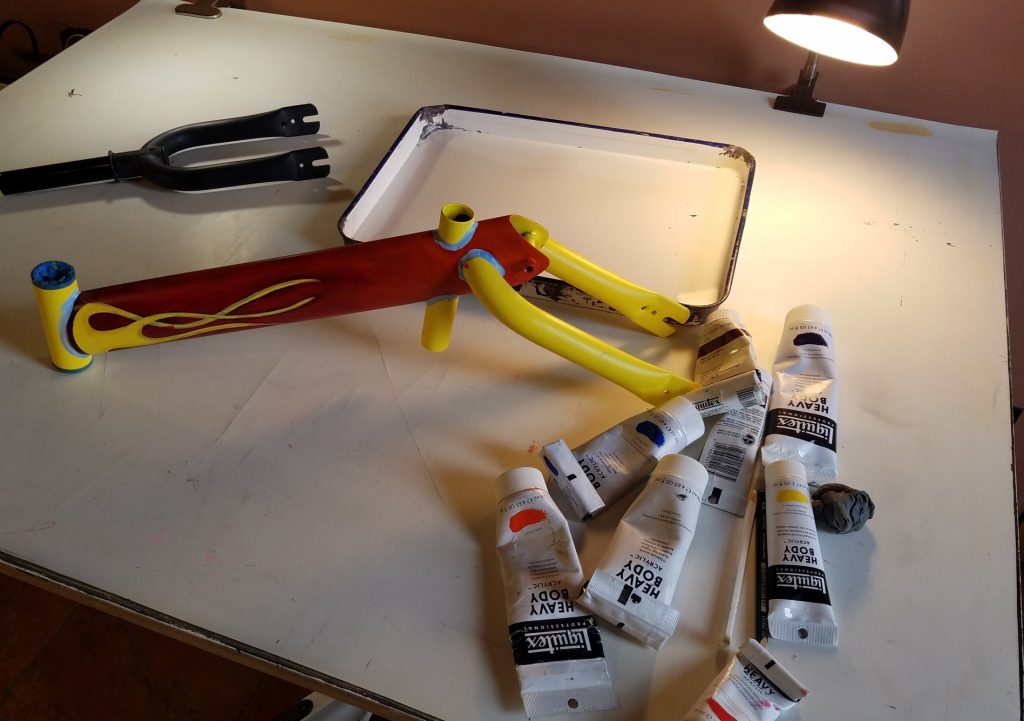 “The Strider custom project was very important to me,” states Eric. “Gets kids riding and striding at an early age! Motorcycling has been very important in my life and has kept me focused for decades. I’m honored to be part of this important endeavor.” 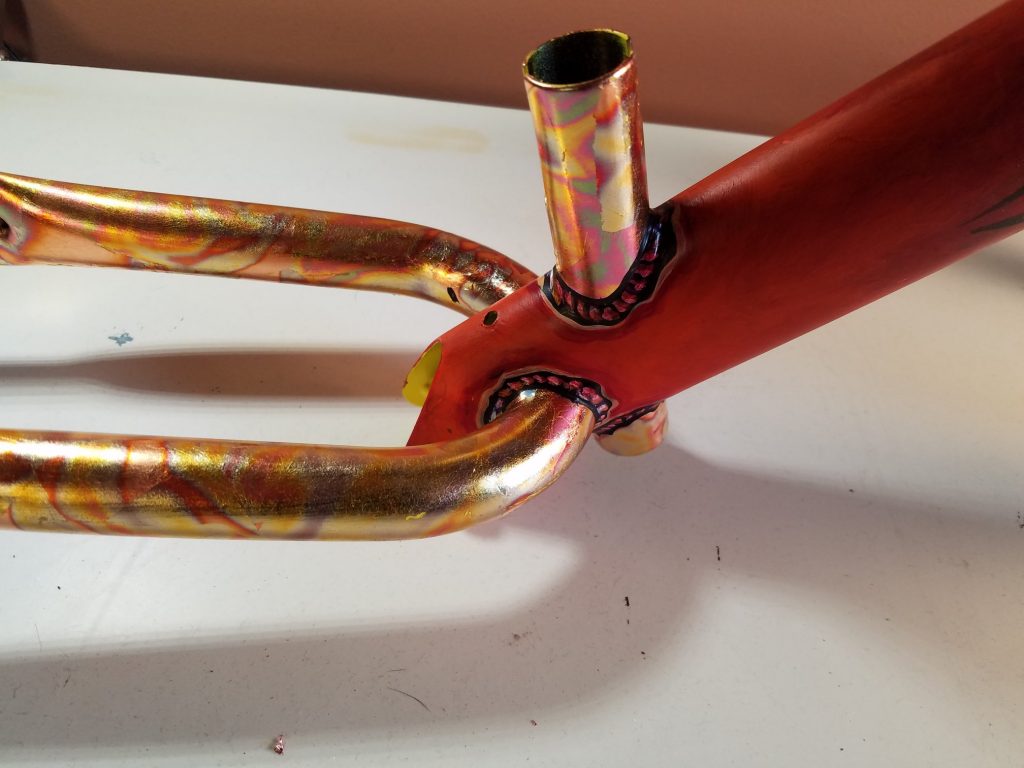 All I can do is paint.. FAKE WELDS

“If it’s loud and fast, I usually like it.” That saying has guided me in my motorsport artwork for many years. I’ve been around fast bikes, cars, and racers my whole life. I’ve been fortunate to have painted NASCAR images for Jack Daniels & Richard Childress Racing. Barrett-Jackson, The Indianapolis 500, Several Street Machine’s of the year and the best of the best have been my subjects for many years now. 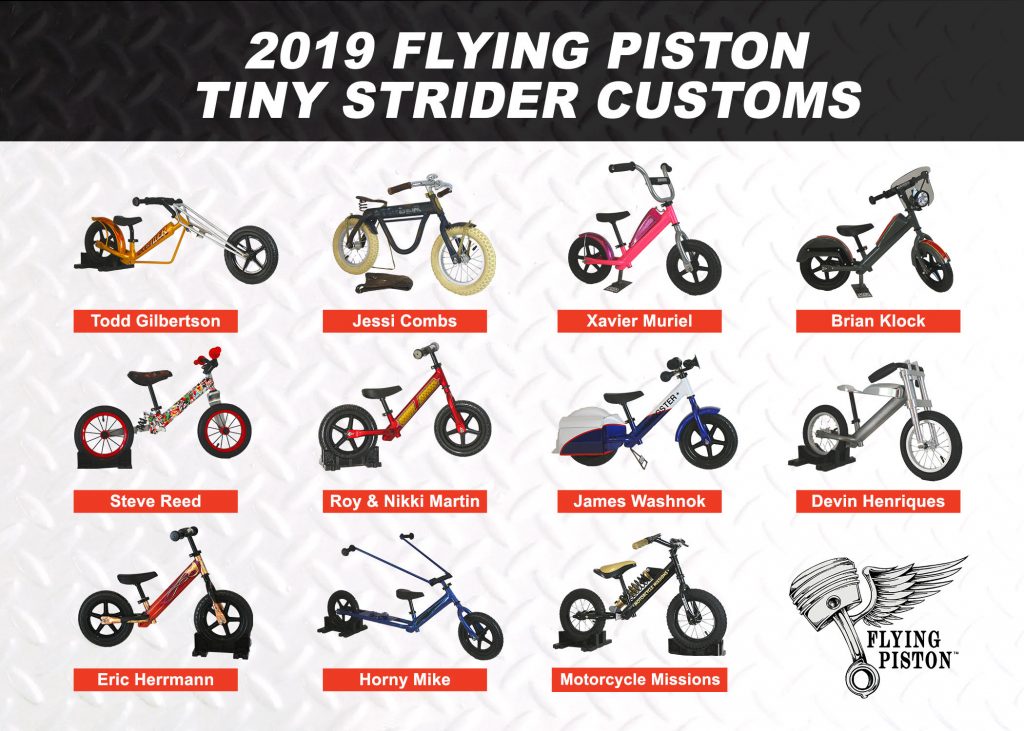